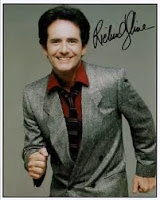 I had the absolute honour of being able to interview Richard Kline for my blog. Richard played the character of Larry Dallas, the sleazy used car salesman and best friend of Jack Tripper (John Ritter) on my favourite sitcom, Three’s Company, and when I heard he is about to star in a Broadway production of All That Glitters, about Liberace, I fired off an email asking him for an interview. I was overjoyed when he replied to say I may send him questions – many people don’t bother to reply – and was even more happy when I actually did get answers to my questions. The mark of a gentleman is to stick to your word and treat everybody with respect. So it’s with extreme gratitude that I can bring you this once in a lifetime piece.

PS: You are about to star in All That Glitters,  the story of Liberace, as Liberace! Liberace was a flamboyant character and the role will involve singing and playing the piano – how are you enjoying this multifaceted role?

RK: The role contains some wonderful ballads and a bit of piano playing. The script is at times hilarious and dramatic–especially in the second act where I play Liberace at the end of his life 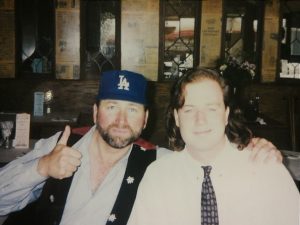 This post is very very special to me. Chris Mann is not only one of the top authorities on pop culture of today, he’s the definitive voice on Three’s Company, the male star of which, John Ritter, inspired this blog. He has been kind enough to spend a lot of time and effort sending me some invaluable information as well as three previously unpublished photographs.  Pop Speaking could not hope to get off to 2014 on a better footing.
Chris Mann is the author of “Come and Knock on Our Door” and consulting producer of NBC’s 2003 hit telefilm “Behind the Camera: The Unauthorized Story of ‘Three’s Company’ “. I’m very humbled and grateful that he has put so much time and effort into giving me such wonderful answers to my in depth and probably quite searching questions.

Chris, you’ve been in love with Three’s Company for a long time, for longer than I have.  How did you fall in love with the show?

Thank you, Gaynor, for this opportunity to share with readers of your fun and insightful new blog. It’s so cool to know that “Three’s Company” has moved you so meaningfully — and that its magical reach still extends to the other side of the planet, no less! Like you, I started watching when I was a young child, primarily because of the late, great John Ritter. 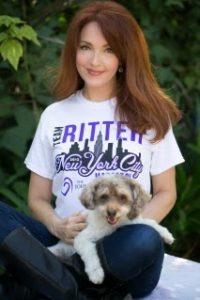 I remember the day well – standing in front of the TV in sad, shocked, silence as the announcer told us that John Ritterhad passed away suddenly. A lot of celebs had passed away, but John Ritter’s death was on the same level as that of Princess Diana – you just knew that we had lost somebody amazing. We still feel that loss today, but MORE than that – John Ritter still makes us laugh today. In my own family, we have spent most of this year laughing at Jack Tripper as we rediscovered Three’s Company and all his other work. Well – I rediscovered it, my children discovered it for the first time. And when, like me, and like my son, you struggle with issues such as depression and social anxiety and you suddenly find solace and peace in the work of someone who just makes you LAUGH, you want to give something back.

It’s with this in mind that I contacted the John Ritter Foundation for Aortic Health. I wanted to know more about the heart defect which had taken John Ritter from us, but I also wanted to see if there was some way that I in South Africa could say thank you. I seem to remember hearing that John Ritter once said that he would like to find a cure for a disease, and the best way of saying thank you is by spreading word about aortic health.

I’m immensely grateful (and star struck!) to receive such wonderful information as has been provided to us by Amy Yasbeck – star of Problem Child, Wings, and many others, wife of John Ritter and founder of The John Ritter Foundation for Aortic Health.
Read More 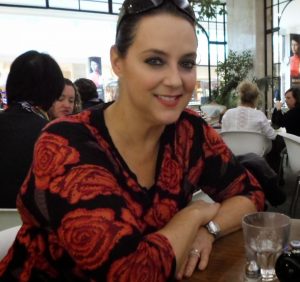 Suanne Braun – I Have Life

A few days ago I had the privilege of chatting to Suanne Braun who is currently starring in I Have Life: Alison, 20 Years On.
I Have Life: Alison, 20 Years On  is the story of Alison Botha which is currently showing at the Auto and General Theatre on the Square in Sandton. Most South Africans will remember the time 20 years ago when Alison’s story hit the media. She survived a shockingly harrowing and brutal rape and attack in Port Elizabeth, went on to see the rapists get convicted and to become a motivational speaker. The story is one of triumph and is portrayed incredibly by the incredibly versatile and well known Suanne Braun. Suanne Braun made her professional debut in 1988 working as a TV presenter in her native South Africa.  She was signed by the William Morris Agency in America  and has appeared in a number of American television shows including the sci fi series Stargate SG-1 in which she played goddess Hathor.
Read more 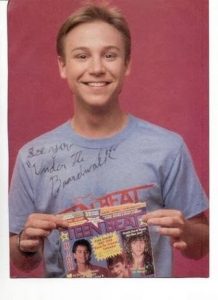 What a fun interview I have the pleasure to present right now!!

I have to say that I have had so much fun with this blog and have met so many fun and interesting people who have really contributed to my life in so many ways.

Today – and again thank you to both Lindsay Blakeand Pinky Coogan for making this happen – I have the honour of chatting to actor Keith Coogan, who you will recognise as having featured in many very popular series and movies as a child through the 1980s and late 1970s as well as continuing his career into his adulthood.

As a child, you appeared on episodes of The Waltons, The Love Boat, Fantasy Island, Laverne & Shirley, Mork & Mindy, Eight Is Enough, Knight Rider, Growing Pains, Silver Spoons, Fame, and CHiPs.  What was it like to work on those shows? It must have been so much fun working with guys like Robin Williams, Rick Schroeder, David Hasselhof, etc. Do you have any favourites and were there any actors that you took mentorship from?

From nearly destroying Walton’s Mountain, riding around in K.I.T.T., and drinking milk and Pepsi with Laverne, to chumming it up with Ponch, Ricky, and Mork, I had one of the coolest childhoods.  Not only were most of these shows ones that I watched religiously, but most of the time all of the actors and the sets were just as much fun as you would think.  Occasionally I was bummed that the Love Boat never left the soundstage at 20th Century Fox, but part of what I love about being in show business is the artifice and art that goes into bringing the show.  I always loved facades, with plaster and fiberglass standing in for brick and mortar, and I loved the technology and equipment that worked behind the scenes to bring you your favorite shows.  So, I was never really disappointed with the reality behind the scenes, rather, I was fascinated by the magic act and trickery that went into making film and television.  Sometimes there might be an actor or actress that had a big ego, but I learned early on how to “work around them”. Overall, it was a rompin’, stompin, funhouse that I got paid to play around in.

COVID-19 - SA. Get the right information. As per the government's request I'm placing the link to the official site about the Coronavirus pandemic in South Africa on my site. Please place the link on your sites. It's the responsible thing to do. At the same time I'm looking forward very much to the day when I can take it down. https://sacoronavirus.co.za/ #typeitright #covid19