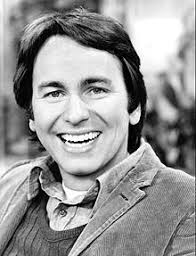 My name is Gaynor Paynter and I’m so glad to be ‘talking to you’ here. You know sometimes you get that defining moment when you start to understand why you’ve been doing things you’ve been doing (for the past 8 months, I’ve been watching Three’s Company and other John Ritter work in my case). And then I came across an interview with John Ritter yesterday where he said how SCARED he was. (click to see it)  And I started to understand why I’ve been on this John Ritter / Three’s Company kick – 30 years after the show ended. In the interview he said he was scared of the world and of people and of everything, and how he taught himself humour, in order to deal with it. And I thought – wow! Because I’m scared, too. I’m scared of people, and things, and places. And of dying without leaving my legacy behind. And if John Ritter was scared, it’s okay that I am scared, too. Most people are? How validating to hear it from a hero. But we can’t let that fear stop us being who we are supposed to be. Publishing an interview with Amy Yasbeck about the John Ritter Foundation for Aortic Health and later, one with Richard Kline, who was John’s co-star in Three’s Company, and finally, one with Chris Mann, who is the author of “Come and Knock on Our Door – The Three’s Company Book” and a friend of John – was profoundly meaningful to me – a bit like coming full circle. On 26 Jan 2016 I published an interview with John’s daughter Carly Ritter to whom I will ever be grateful for her kindness and friendship. Second only to John still being alive today and a way to say thank you for everything.

And  now when you believe you’re on the verge of something coming true… for my whole life I’ve had this niggling feeling that I’m supposed to do something, to write something, for something to be left behind for future generations to learn and grow from and be touched by. I’ve started projects, stopped them, started again, thought kak no, this isn’t it… and now I’ve started Pop Speaking. I’ve always liked pop culture. I’ve always been a fan – of people, and things, and always been fascinated about how popular culture influences the world. And I think… this is it. This is what’s going to build the audience, and make the difference, and stay behind.

This is getting an audience that can touch souls, and tweak the golden thread of humanity which runs through generations. 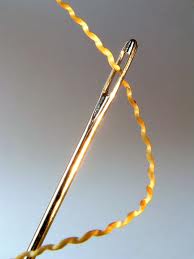 Because here I can give exposure to people, and places and things, and CAUSES, that matter.  People who influence pop culture. For always.

John Ritter said in an early interview that he would like to be remembered as someone who tweaked the golden thread of humanity that touches us all. I find the concept profoundly interesting, and you will find that many of the interviewees on this page are asked what they think about this concept of the golden thread, particularly in relation to how artists of whatever form can tweak it.

The premise of this blog is to explore the golden thread of humanity that touches us all, while looking at the pop culture of primarily the 70s and 80s and giving exposure to causes that matter. I’m actively seeking out the people of today who tweak the golden thread and make people FEEL.

If you feel you would like to contribute something to this blog, you can contact me at gaynorpay@gmail.com.

This blog is a labour of love, for my sons Andrew and Brandon, and for my hubby, and for the world. The posts are all about things that matter to me, about and by people who matter to me, and you’ll see pieces with and about people who impact pop culture both today and yesteryear. I hope that you find something here. Everything on here matters to me, in one way or another.

On the professional side I’m the owner of my own transcription business. I’m a mom of two teenage boys, and a wife. I live in South Africa but believe that with the internet the world is our oyster. I’ve always had a fascination with popular culture, the stars, the media, and celebdom in general. I’m also kinda retro so a lot of stuff you’ll see here will come from years gone by, but I appreciate the talents and qualities of today’s celebs too.

I believe we must use the resources we have to do whatever good we can.

I am looking for media companies, theatre companies, public relations agencies and representatives to work with. Please contact me.

Thankyou for being here. I invite you to #tweakthegoldenthread with John. Drop me a line or leave a comment!